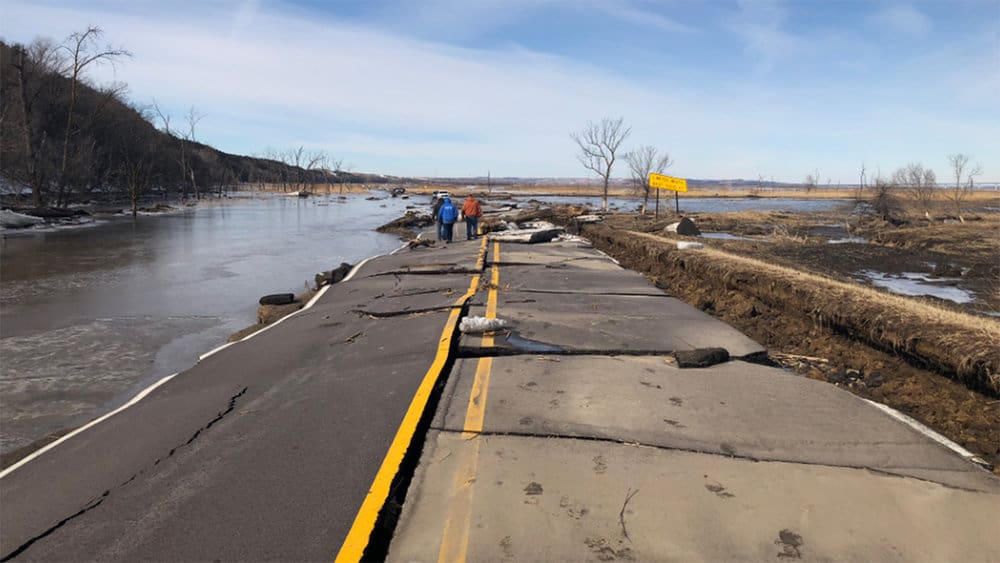 Earlier this year, a battle was being waged in Washington D.C. about the future of our infrastructure. On one side, representatives were concerned about the state of our national infrastructure, and on the other, raising national spending (in an election year no less). Jeff Davis, a senior fellow at the ENO Center for Transportation, doubted that reauthorizing the Fixing America’s Surface Transportation (FAST) Act before it expires at the end of September was in the cards because of the reluctance in Congress to raise the gas tax to pay for it. Davis contends that a long-term infrastructure bill is the wrong solution to a recession in which there is a short-term collapse of retail demand “where you can’t get money into the economy fast enough” to make a significant difference within the next few months. That's a fair judgment; when our government is already pouring out trillions in order to simply sustain the American economy, is it really a time to concern ourselves with long term, expensive projects in the distant future?

Depending on how you look at it, this could be a very fortunate time to argue for increased spending on our infrastructure. With social media blowing up with posts about the importance of needed supplies during the crisis (we'll all remember the toilet paper issue) and the willingness of essential American truck drivers to stay on the road and brave the dangerous conditions in order to keep stores stocked and our citizens safe, what better industry to enable? The point is this; not only has the transportation industry shown it's willingness and capability to act as support during a national crisis, they have not yet been supported, and our roads are neither safe or as modern as is required for our economy to heal. Carriers are going out of business left and right, not able to survive the decreased demand earlier this year. Highway projects are underfunded if not put on hold indefinitely. Who better for congress to help than those who have worked hard, suffered greatly, and shown their importance to our national economy? What better to support than the backbone of our economy?

Congress has seen the importance of healthy roads and a secure transportation industry, and heard our calls to action. In a March 19 letter to Congressional leaders in the U.S. House and U.S. Senate, early into this crisis when as a whole we were starting to realize the gravity of this situation, the Transportation Construction Coalition, a group of 31 associations and labor unions, asserted that the COVID-19 crisis provides incentive for Congress to move ahead with a $300 Billion FAST Act reauthorization, passed by the Senate’s Environment & Public Works Committee last year. According to their statement, “The Committee’s unanimous approval of a five-year reauthorization of the federal highway program offers a proactive and meaningful path forward for Congress to deliver an urgently needed economic boost,” the coalition wrote. “In the near-term, additional resources would create and sustain new construction and related industry jobs and tax revenue. In the long-term, the capital assets constructed would enhance economic productivity for many decades to come by providing access to jobs, services, materials and markets.” That really says it all- what's good for our infrastructure is good for our country, and an investment that provides jobs for Americans, stable tax income for our government's depleted reserves, and long-term stability for an essential industry couldn't be better timed than now.

"We agree that our infrastructure needs attention, and our country will be better for the improvements, now and in the future. It makes sense. But why the extra contribution? Why can't they support themselves with the funding they already have?!"... Well, it's not there. The federal Highway Trust Fund is having a tough time maintaining income from taxes on use. Lockdowns and travel restrictions have created a huge decline in road usage, which means less fuel taxes in months that are usually relatively heavy on road travel. The HTF, which uses revenue collected from gasoline, diesel fuel and the retail sale of trucks to pay for roads and bridges, has been relying on transfers from the U.S. Treasury’s general fund to stay above water for years. Those transfers have so far totaled roughly $144 billion. As it stands as of today, the highway account will run out by next year. “The federal highway trust fund was already essentially going broke before this pandemic, between more efficient vehicles and just the loss to inflation over the last 25 years,” said Matthew Chase, executive director for the National Association of Counties during a press conference on April 15. Combined with the impacts from Coronavirus, federal funding for our roads and bridges is in a crisis. That fuel tax money is what's currently funding repairs and renovations to our highways, and it simply isn't there.

Where's the money coming from?

Let's touch on that number. $300 Billion is a big f**kin number. But we have to start somewhere. The HTF isn't capable of providing enough funding, partly due to Coronavirus, partly because it's simply outdated. Not to mention, this situation has exposed it's fragility. When the fund was established, I think it's fair to assume that they didn't plan on road transport dropping in a such a massive way over a period of months on end. Establishing a new highway funding plan takes time and billions, but congress is making slight progress with the resources we have available now. In Washington, many groups have pushed for a one year extension on current funding, with a little bump up in spending to account for the setbacks and losses we've faced so far this year. The organizations lobbying for the extension – which include the Owner-Operator Independent Drivers Association, American Association of Port Authorities, Commercial Vehicle Safety Alliance and the American Road & Transportation Builders Association – warned that state and local entities have already delayed or canceled $8 billion in surface transportation projects due to revenue declines related to COVID-19, on top of projects that were outstanding at the beginning of the year. Our infrastructure needs improvement immediately in order for our economy to heal.

Today, we've gotten a start. On Wednesday, the U.S. House passed legislation that injects $13.6 billion into the Highway Trust Fund (HTF) while extending the FAST Act by one year at current funding levels. It's not the ~$70 Billion that the transportation lobbyists were looking for, but it's movement towards that end goal. The legislation was part of a continuing resolution to keep much of the federal government running through Dec. 11 and avoid a government shutdown on Sept. 30, the end of the fiscal year. The resolution, which passed with bipartisan support Tuesday, is expected to be taken up and passed by the U.S. Senate before the end of the month. The FAST — Fixing America’s Surface Transportation — Act, which was scheduled to expire Oct. 1, will now run through Oct. 1, 2021. The legislation appropriates $10.4 billion from the U.S. Treasury into the highway account and $3.2 billion into the mass transit account, the two accounts that make up the HTF. If you're like me, you're kind of disappointed. While it's a relief to have funding injected immediately, it's really just a band-aid for a larger problem. It's understandable, America has a lot on its plate right now and considering the struggles of the last few months it feels good to at least not be moving backwards. But in this moment, when our industry is battling as hard as any, providing for others in an uncertain world, when our infrastructure desperately needs repair and safety, and the American economy needs a foothold, congress has decided that our transportation industry should increase our tire budget and keep toughing it out.

We can't be sure what the future holds, but we can be sure that our reliance on a healthy infrastructure and the industries that utilize it are what will lead us to that future. Safe and efficient movement of goods is a foundation of the goal of creating a healthy, sustainable economy out of the other side of the Coronavirus crisis. Even the highest quality American made goods are useless if they aren't in the hands of consumers, and the obstacles the transportation industry is facing today are not solely of their own making. It's time for the government to step up, and support our industry the way we've supported this country.

For more Trucking and Transportation News and Commentary, Check out our Blog!